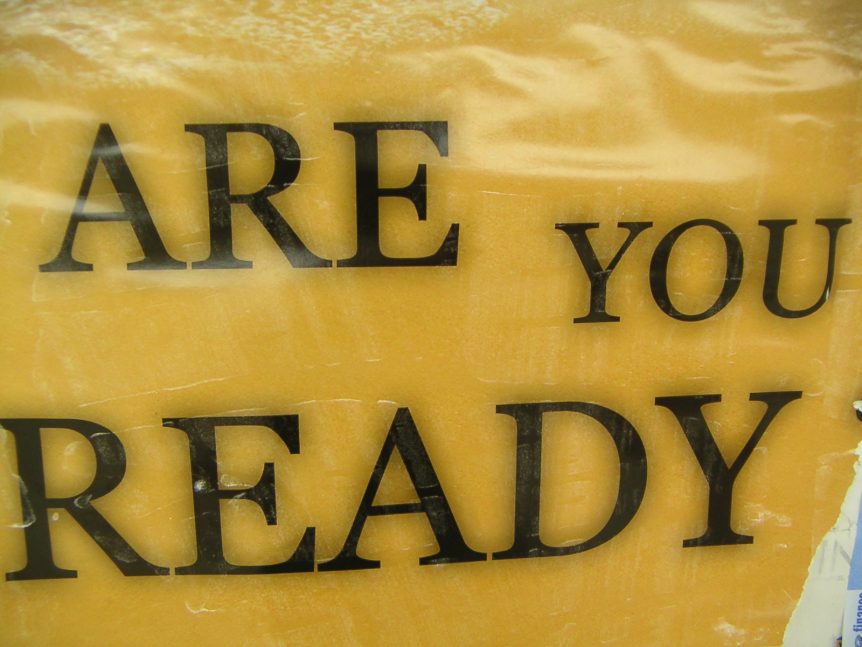 No one was ready for Hurricane Harvey and the rain-soaked aftermath that soaked Houston for days.  The devastation is immense and many remain in places other than the comfort of home.

But so many were ready for the challenge.  First-responders, city and government officials and so many every day, ordinary people who were pressed into action by the unexpected challenges brought by the storm.

Perhaps, like me, you were not pressed into action during the fury of the storm.  Emergency medical aid and response is nothing I am prepared for.  Perhaps like me and others I have spoken with there is a bit of survivor’s guilt.  Although it came close the water did not come in, my lights did not go out and I have remained in my home able to work and plan for the weeks ahead.

There it is, that sharp edge of guilt stabbing in the side.  I take it for a moment and press forward.  The same happened in September 2001 when the Twin Towers fell in New York City.  We were evacuated from our office building by noon that day and sent home to ponder what this meant for our very survival and our future.  I was a partner in a financial planning firm with no safety net except the one we would provide for ourselves.  That meant contacting clients by phone as soon as we could to confirm their safety and reassure them of our continued focus on their financial well-being.

The same happened September 2008 as Hurricane Ike unleashed his wrath on the City of Houston.  My husband and I slept in the hallway with our 3 cats not knowing if the oaks would stand or that our house would remain intact.  One day after the storm blew through I was back at the office, calling clients and reassuring them that we were available for their needs and to keep calm in the midst of the storm.  The storm was not just Hurricane Ike but the crash of the financial markets and the downfall of Lehman Brothers.

Now in September of 2017, I have survived the storm and connected with all my clients.  Once again, I know my role is to help my clients stay focused on their goals; to help them take the immediate steps that are necessary and reorient to the future forward.  The survivor’s guilt is mitigated knowing that just as before my role in this disaster comes after the initial impact.  It is to help others move toward the future, whatever that may look like.